This included a fantastic Thursday afternoon “jam session” in the zen garden of The Somerset’s Pavilion restaurant. Wyatt, alongside popular local chanteuse Sally Greenwood, led guests through the afternoon with improvised beats and chord progressions.

Of course, Wyatt also shared many captivating stories of his career in the music business. One such story was discovering and signing Keith Urban. Through the course of the next two days of happy hours and songwriting sessions, everyone became enthralled with stories of his collaborations with Tim McGraw and numerous other country western stars. 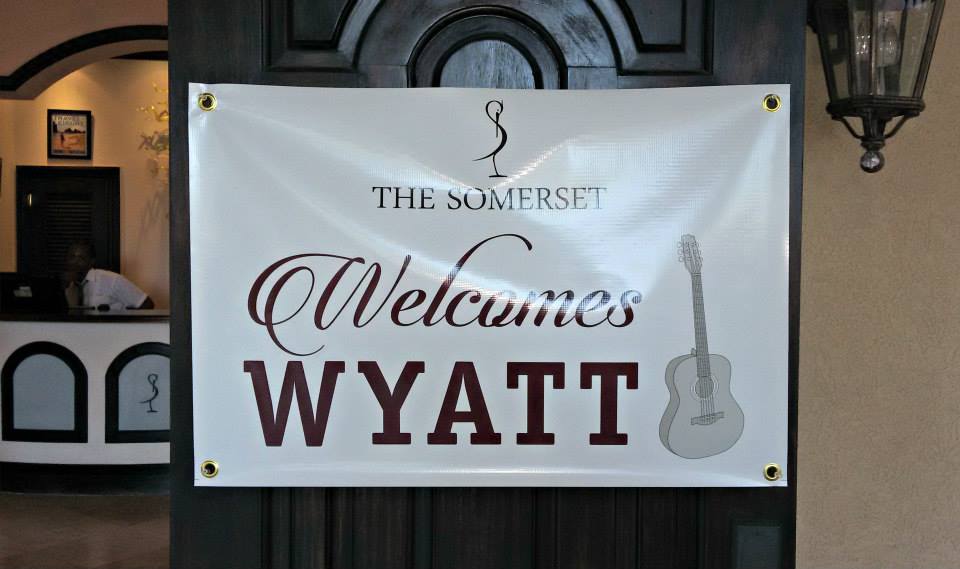 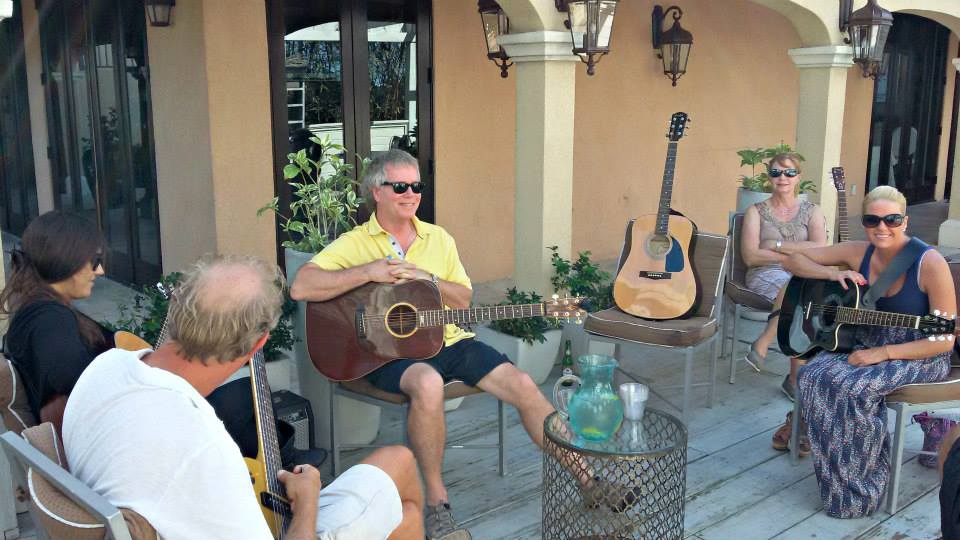 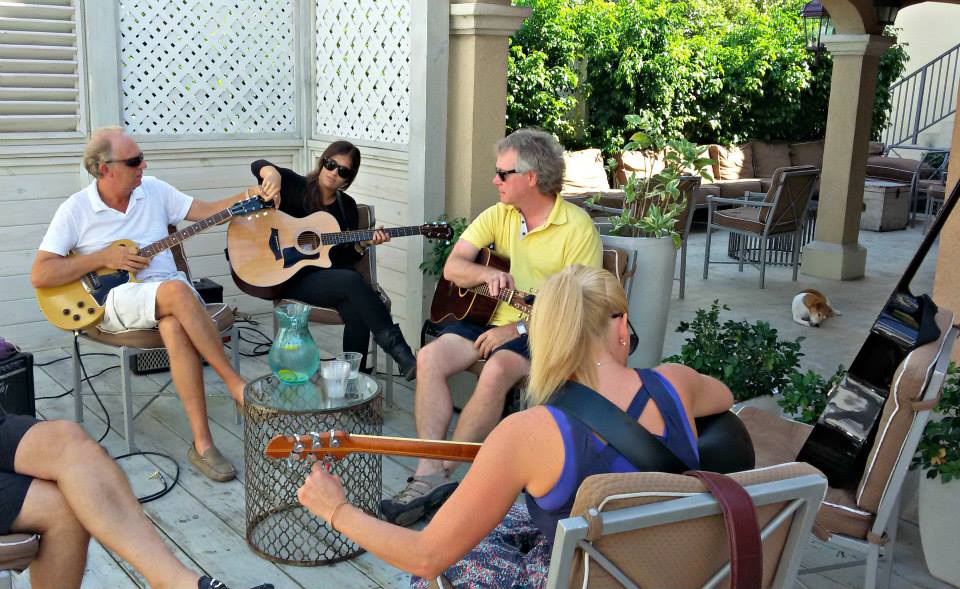 The Somerset’s  “Country Western Experience” culminated with an open air – and open to the public – concert at the resort on April 17.  The peaceful croquet lawn was converted into a hoedown, replete with barbecue-style fare and a rum bar. The backdrop for the sunset performance stage was a strand of uplit palm trees.

Mr. Easterling held his audience spellbound, delivering original material and interpretations of country favorites.  At one point, he was even joined on stage by local singers to the delight of all present.  After a moving encore, the concert ended on a vibe so comfortable that the audience felt no rush to go home – Many attendees stayed on to mix and mingle and meet the artist.

The Somerset’s General Manager Urmas Karner elicited an assurance from Mr. Easterling that a return visit to Providenciales in the fall of this year (tentatively scheduled for early November) just might include a “surprise guest or two” from Nashville. Stay “tuned”!